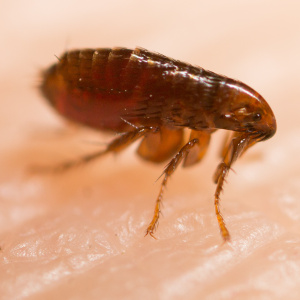 Cat fleas are probably the most common domestic ectoparasite, feeding on any war-blooded animal. In the United States and has been found on dogs, cats and over a dozen other animals including humans.