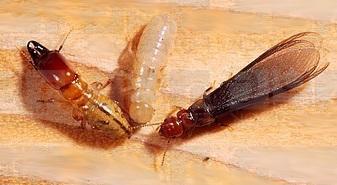 Drywood Termites get their name because they require very little moisture, forming their nests and living inside their food source as opposed to nesting underground. Infestation of Drywood termites often consist of many separate colonies which originate from swarms within a structure.