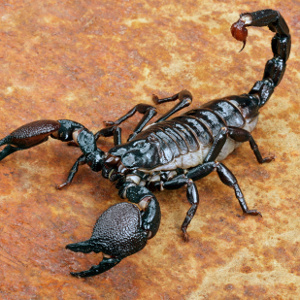 Scorpions do not lay eggs; the female gives birth to about thirty-five young which she carries on her back for about a month. Adults live up to six years in the wild.